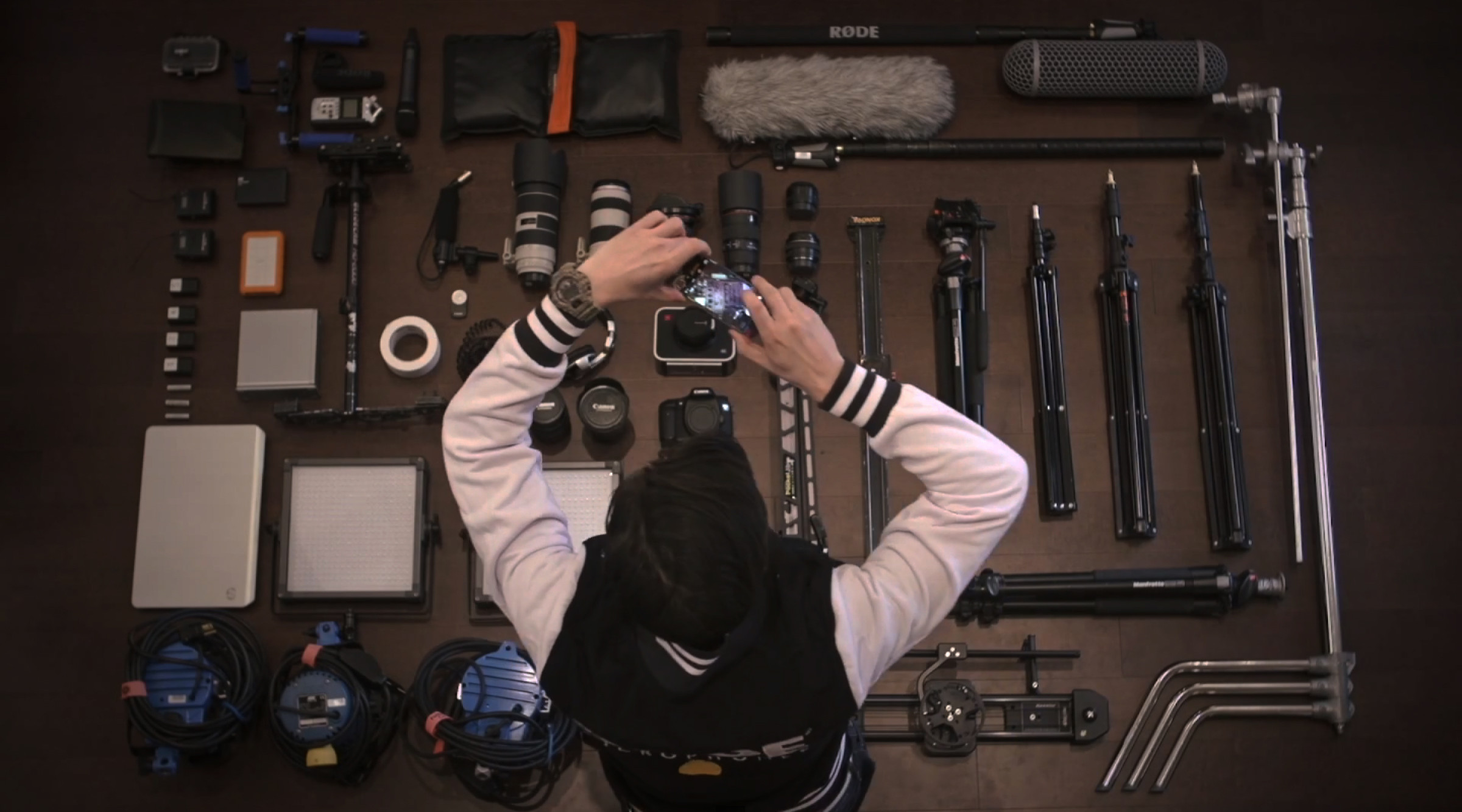 If you were online at all last week, chances are someone in your professional filmmaker network shared the brilliant parody video by Vancouver-based viral hitmakers “I F*cking Hate That!“. Over the course of 3 and a half minutes, with the help of YouTube up-and-comers Stacey Roy and Hoodwinked Films, they manage to skewer a bunch of filmmaker tropes and then char them to a crisp. Even the star wipe makes an appearance. It quickly spread amongst video pros and also jumped to the top of r/Filmmakers for good reason.
One of the bits that got the biggest laugh out of me was Step 3: Build DIY equipment.

There’s nothing funnier than seeing a follow focus made out of LEGO or a homemade camera cage outfitted with utility banana attached via ziptie.
Another meme revisited on many steps was the over-glorification of our craft via bragging on social media. Notably:
Step 4: Make a gear grid… and then post it to Instagram

Step 9: Take a picture of every RED you encounter

Step 13: Let everyone know you’re a filmmaker by holding a camera in your profile picture

Hashtag #SetLife has more than a few times garnered eye rolls amongst working professionals. But in a world of “what have you done lately” it also becomes a way to broadcast, “Hey! I’m working. You better rush to hire me on the next one.” I can attest I’ve seen far too many RED rigs in my Instagram feed. And how many of you just walked up to an ARRI Alexa and played “cinematographer” behind the eyepiece? C’mon I know many of you are guilty…

I can’t wait to see more from this team. They also were behind the hilarious parody song “Turn Your Phone 90 Degrees” which got over 800k views. As an added bonus, Kessler Crane was a strategic partner on the video and provided a bunch of gear and technical help. They put up a behind-the-scenes post here that you can check out.